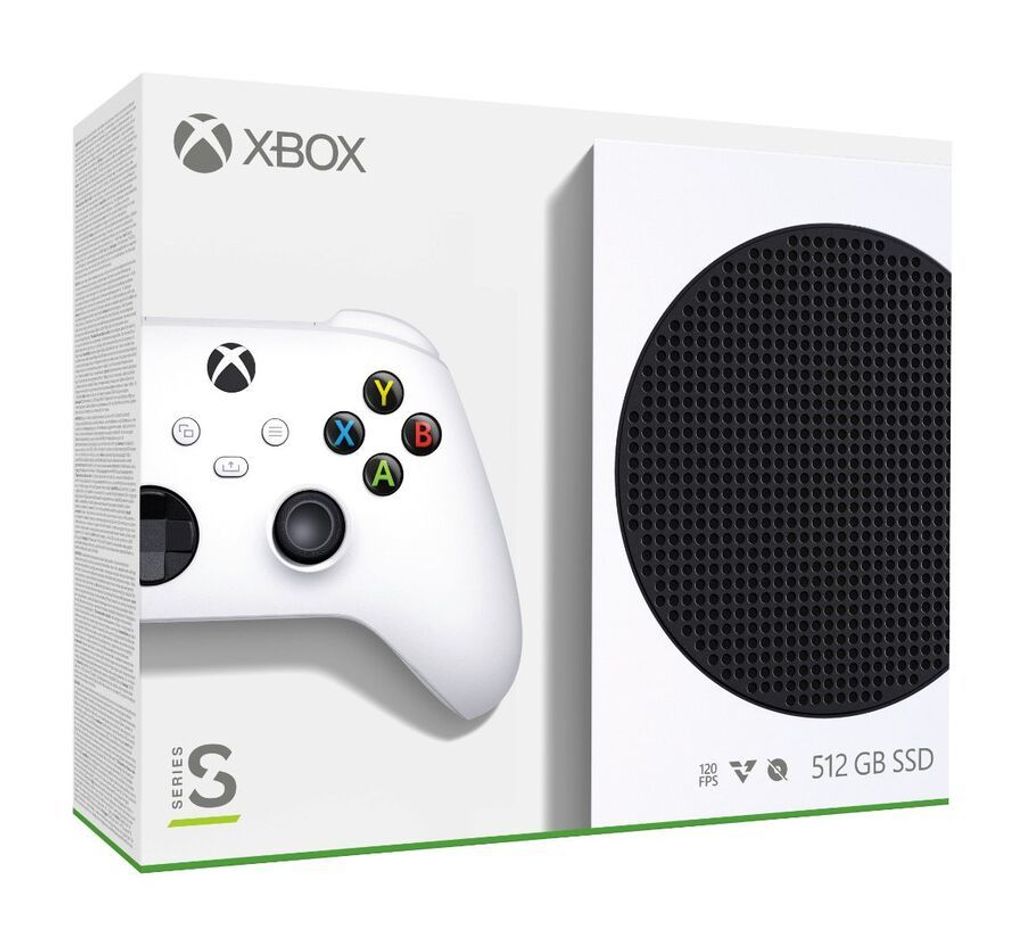 Experience the speed and performance of a next-gen all-digital console at an accessible price point.

Experience next-gen speed and performance with the Xbox Velocity Architecture, powered by a custom SSD and integrated software.

Amazing features in an all-digital console

Minimize load times with a custom-built 512GB NVMe SSD and seamlessly move between multiple recently played games in a flash with Quick Resume.

Thousands of games across four generations

Play thousands of games from four generations of Xbox, including Xbox One, Xbox 360, and Original Xbox titles with backward compatibility.

Use most of your Xbox One accessories—including controllers, headsets, and more—on Xbox Series S.

Use with digital games only; console does not play physical discs.

Digital Direct: Your digital content will be delivered directly to your console during set-up; no codes required